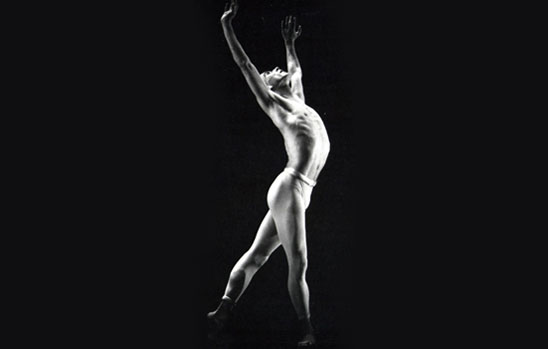 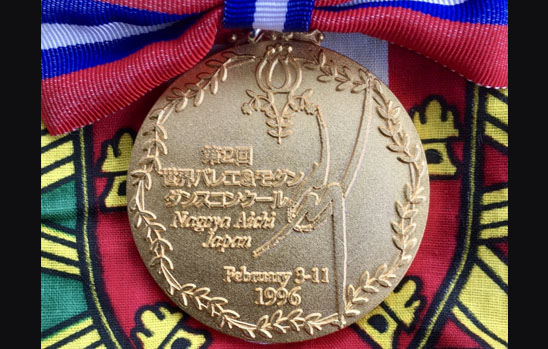 "It was with great joy that I learned about the prize and medals won (...) (...) Luís Damas, for the best interpretation (...)
(...) at the 2nd International Ballet and Modern Dance Competition, in Nagoya." 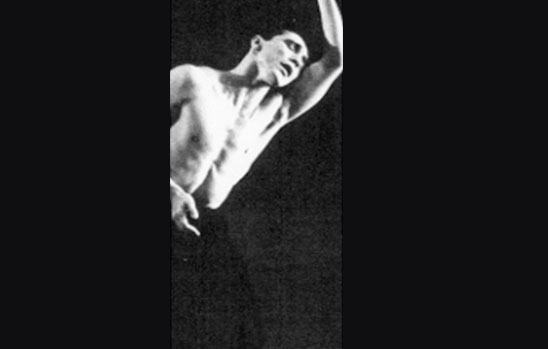 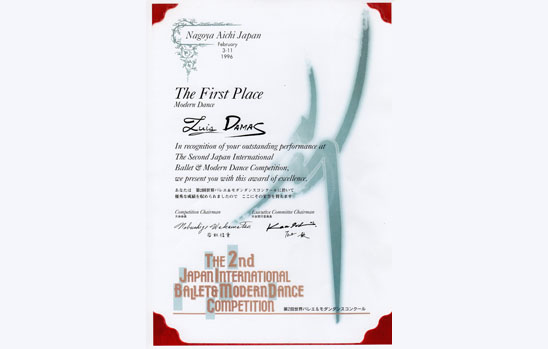 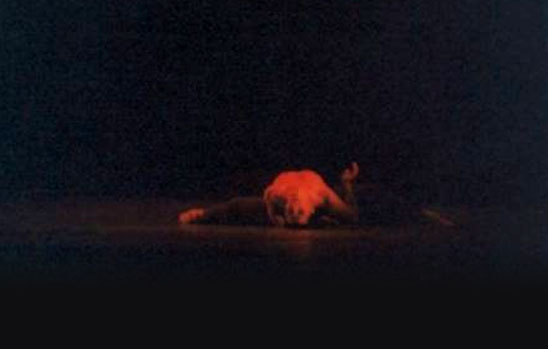 "(...)Ballet Gulbenkian was the school of some of the greatest Portuguese dancers and the laboratory of choreographers, musicians and other artists of excellence in Portugal, such as:
(...) Luís Damas (...)"

Scholarship holder of the Calouste Gulbenkian Foundation to attend the Rosella Hightower International Dance Center, in Cannes, France, in September 1984.

Awarded with a place as a dancer on the international dance course for choreographers and professional composers in 1986 in Guildford, England.

Principal Dancer invited to dance with Mari Ushioda at the presentation of the Japanese Tandavaha Company in New York with choreography by Yoshie Kaku, in 1990.

Scholarship holder, several times, at the Rosella Hightower International Dance Center, namely from September to December 1990, with Rosella Hightower as mentor and teacher. José Ferran and Monica Saez were also his teachers, among others.

Residency in New York from February to June 1991, with Kazuko Hirabayashi as mentor of his studies. He studied with Maggie Black and Benjamin Harkavy, attended the School of American Ballet, working with the teachers: A. Kramaresky, Richard Raap and Stanley Williams in Classical Ballet. He attended Cunningham Studio and as a fellow at the Alvin Ailey School, he worked in Modern Dance with Kazuko Hirabayashi, among others, who also created the solo "Transition" for Luís Damas.

Gold Medal
and      - in “The 2nd Japan International Ballet and Modern Dance
Competition ", in 1996, with choreographies by Vasco Wellenkamp

Best Dancer of the Year (nomination), elected by the media, for the “Bordalo da Imprensa ‘96” awards.

Principal Dancer Invited at Companhia Portuguesa de Bailado Contemporâneo, for all the shows of the years 2002 and 2003, having represented C.P.B.C. in several International Galas in addition to the regular shows; obtaining excellent national and international reviews.