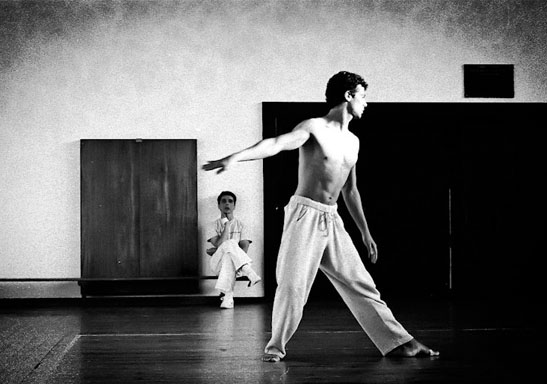 Dance Company of the Faculty of Human Motricity / UTL

"The Board of Directors is informed that Invited Assistant Professor Luís Damas took the initiative to form a Contemporary Dance Company of FMH. 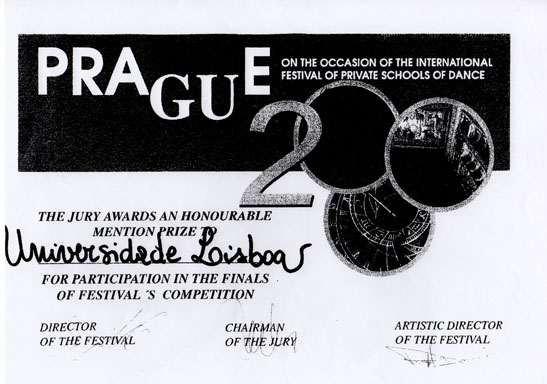 Dance Company of the Faculty of Human Motricity / UTL
"(...) Success of the exhibition (…)”
"(...) it is thus demonstrated by facts and proven by results achieved, that the added value that this project represents (...)"

The President of DAEFMH
Pedro Ferreira 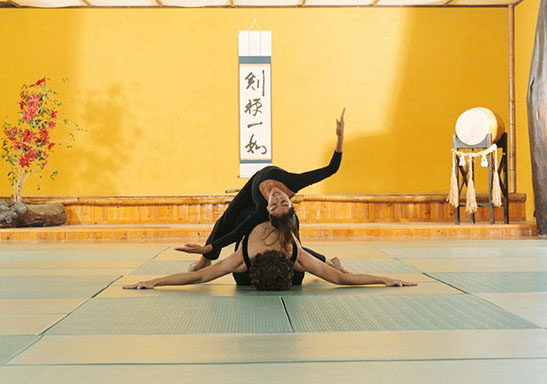 In the 1999/2000 academic year, LUÍS DAMAS created the FMH-UTL Dance Company, which he directed until September 2001.

“(…) The Company created aims to dynamize, promote, stimulate and complement the technical and artistic training of students. Since its inception and in its short lifespan, it has been working as a true center for education and training in the most varied trades and practices related to dance (rehearser, producer, wardrobe manager, stage direction, lighting direction, choreographer , dancer, props, costume designer, set designer, teacher, intern and designer). Open to various dance trends, in the short space of two years, it already has 20 choreographies in its repertoire, nine of which premiered in 2001. For this, it had the collaboration of professors, students, guest choreographers and the governing bodies of the Faculty and the University.”

With LUÍS DAMAS as DIRECTOR, the Company carried out the following path:

December 11, 1999, Work in Progress Exhibition, with the participation of Carlos Bechegas, Rui Leitão and Isabel Baptista.

May 13, 2000, Performance at U.T.L Architecture Faculty, participation of Sílvia Nazário and Cláudio Kumar.

June 2000, Presentation of the Company at the Lisbon International Fair, Parque das Nações.

November 25, 2000 Work in Progress Exhibition, with the participation of CODAPTEC and Jogo do Pau.

27th and 28th of November 2000, it received schools of Basic Education and Secondary Education, with the aim of promoting the Company's work and the Bachelor's Degree in Dance.

December 10, 2000, the Company represented the Degree in Dance at the Student Forum at the Lisbon International Fair, Parque das Nações.

December 14, 2000, Performance of the Company at the Parque de Palmela Auditorium, in Cascais.

28 May 2001, Work in Progress Exhibition with the participation of CODAPTEC.

June 22, 2001, Show held at Culturgest, within the scope of the Commemoration of the 70th anniversary of the U.T.L..

4th of July 2001, “Dança do Sopro” at Belém Cultural Center in collaboration with the Faculty of Human Motricity, FMH Dance Company and Luís Damas with Master George Stobbaerts and Tenchi International.